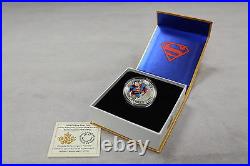 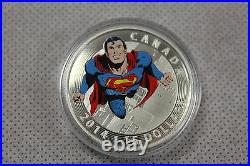 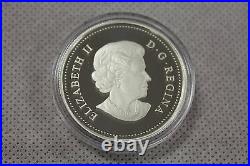 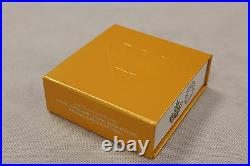 How do a pair of discarded football boots and a rusted pistol combine to menace everyone in Metropolis? Why, the answer may be out of this world! In Action Comics #419, the story The Most Dangerous Man on Earth finds Clark Kent in orbit for a televised report on the launch of a telescope. But as soon as Clark sets foot back on the ground, he sets off a puzzling series of explosive chain reactions. Meanwhile, a small-time crook named Moe Malloy fishes out a pair of shoes and a gun from the river, and discovers they have unique characteristics that are perfectly suited for an unstoppable crime spree. It will be up to Superman to rise to the occasion once more and discover how these two mysterious anomalies might be linked. Published in December 1972, Action Comics #419 featured a now-iconic cover that was made all the more memorable by Superman’s expression of joy as he blasts upward, soaring high above the city below. But trouble looms, as foretold by the cover’s tagline and the story title: Wipe that smile off your face, Superman! You’ve just become the most dangerous man on Earth! Special Features: A finely-detailed reproduction of the famously beloved cover of Action Comics #419 A celebration of the iconic art that has graced the covers of Superman comic books throughout all eras of Superman’s tenure, from 1938 to the present. Different finishes and expert engraving bring the dynamic movement of the reverse image to life, creating the impression that Superman is soaring high in an attempt to break free from the coin itself. Advanced engraving techniques are used to frame the image within a series of concentric circles to create added depth and motion to the design. Design: The reverse image, provided by DC Comics, features the popular cover of Action Comics #419. An illustrated Superman is depicted in the classic iteration of his costume with the famous yellow and red S-shield. With fists clenched and a determined grin, the superhero takes to the skies high above the bustling city below, while his cape flutters behind him. By gently overlapping the inner rim of the image’s field, Superman appears to emerge from the coin itself. Packaging: Your coin is encapsulated and presented in a premium graphic case. Specifications: Mintage: 10000 Composition: 99.99% pure silver Finish: proof Weight (g): 23.17 Diameter (mm): 36.07 Edge: serrated Certificate: serialized Face value: 15 dollars Artist: DC Comics (reverse), Susanna Blunt (obverse). Unless item is not received as described, all sales are final. The item “2014 Royal Canadian Mint $15 Silver Coin Superman Action Comics #419″ is in sale since Wednesday, January 20, 2016. This item is in the category “Coins & Paper Money\Coins\ Canada\Commemorative”. The seller is “northernnomad” and is located in Selkirk, MB. This item can be shipped worldwide.