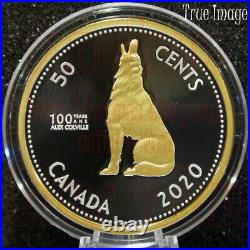 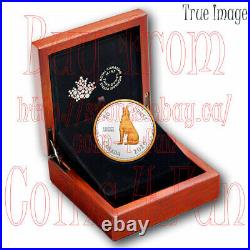 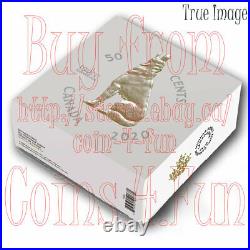 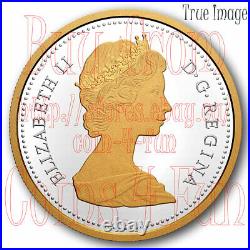 Store Category: Master’s Club. 2020 – EXCLUSIVE Master’s Club 100th Anniversary of the Birth of Alex Colville Half-Dollar: Pure Silver 2 oz. Gold-Plated 50 cents Coin. Other Master’s Club Coins are here. The fourth coin in our exclusive Masters Club series of historic half-dollar designs! This selectively gold plated silver coin re-creates the 1967 half-dollar by Canadian artist Alex Colville and celebrates the 100th anniversary of the artist’s birth. Add this stunning coin to your collection today. CELEBRATE 100 YEARS OF THE BIRTH OF ALEX COLVILLE : To commemorate the 100th anniversary of our nation’s Confederation in 1967, the Royal Canadian Mint issued a new set of circulations coins bearing reverse designs by acclaimed Canadian artist Alex Colville, who crafted beautiful images of animals he felt reflected some of Canada’s most admirable qualities; among others, the howling wolf on the reverse of the half-dollar. Now, marking the 100th anniversary of the birth of Colville, his coin designs are as relevant and beloved as everthey are a gorgeous depiction of Canada’s natural beauty, and a powerfully symbolic representation of the Canadian spirit. HISTORICAL AND PURE OF SYMBOLISM: The wolf featured on the half-dollar was carefully selected to represent the virtues and qualities of the artist’s homelandColville’s Canadaas explained in the artist’s own words: The wolfis here symbolic of the vastness and loneliness of Canada, and thus of our tradition and to a degree, of our present condition. SELECTIVE GOLD PLATING: This stunning silver coin features selective gold plating on both the reverse and the obverse to bring depth and patina to the historical design. INCLUDES SERIALIZED CERTIFICATE: The Royal Canadian Mint certifies all of its collector coins. Design: The reverse recreates the 50-cent circulation coin from 1967 designed by Canadian artist Alex Colville, and features the side profile of a howling wolf. Detailed engraving recreates the animal’s outline and conveys the texture of its fur as it sits on its hind legs, its head tilted up to the sky to release its cry into the air. The image is enhanced by the application of selective gold plating over the wolf and all along the coin’s rim. The reverse also features a special mark “100 YEARS/ANS ALEX COLVILLE” to commemorate the centennial of the artist’s birth, the words “50 CENTS”, “CANADA” and the date “2020”. The obverse features selective gold plating on the second effigy of Her Majesty Queen Elizabeth II by Arnold Machin. A competition launched in 1964 invited Canadian artists, sculptors and designers to submit their designs for the circulation coins that would be issued in 1967 for the 100th anniversary of Canadian Confederation. On April 20, 1966, a winner was finally announced: Canadian painter Alex Colville of Sackville, N. Some of his most famous paintings include. To Prince Edward Island. Beautifully presented in a Royal Canadian Mint branded wooden box, lined with black flocking and including a removable insert and special certificate compartment. 99.99% pure silver. Proof with selective gold plating. Alex Colville (reverse), Arnold Machin (obverse). I do leave feedback for everyone. The item “2020 Masters Club Alex Colville 100th Anniversary Pure Silver Half-Dollar Coin#4″ is in sale since Monday, April 20, 2020. This item is in the category “Coins & Paper Money\Coins\ Canada\Commemorative”. The seller is “coins.4.fun” and is located in Ontario. This item can be shipped worldwide.