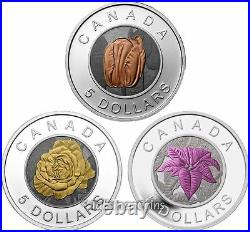 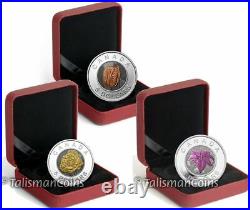 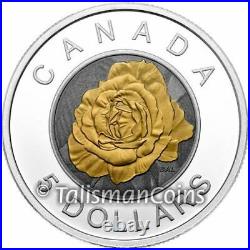 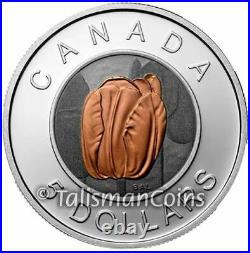 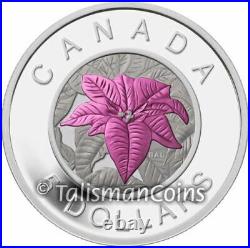 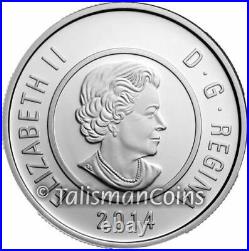 Get the COMPLETE 3-COIN COLLECTION of all three different proofs in the extremely popular. Niobium BiMetallic Flower Blossoms series. In a stunning, fresh new combination – pure niobium and pure silver. Talisman Coins and the Royal Canadian Mint are proud to offer you this new numismatic experience – the new and highly popular Niobium Flowers series. Proofs find pure niobium combined with pure, precious silver to create a beautiful, colorful and delicate blossom. The total mintage is only 6,000, tiny by any standard! Do we even need to suggest that you act quickly? The Rose in Canada. When the first immigrants began arriving in Canada almost 300 years ago, many brought the botanical treasures from their homeland. The first roses to arrive were from France, but they were ill equipped to endure the extreme climates of North America. It wasn’t until later that hardier varieties began to tempt their fate against the Canadian winter. One of the most notable is. Or Father Hugo’s rose, named after Father Hugh Scallon, the missionary who discovered this beautiful rose in China and sent it to England in 1899. It wasn’t long before the tough disposition of this rugged rose became obvious, and the Golden Rose of China was brought to Canada. This vigorous beauty is a gardener’s dream! Every spring, despite the ravages of winter, this 8 foot (2.5 m) tall shrub will produce a bounty of delicate blooms. Their perfect golden color is a sight to behold! The beautiful tulip is perennial plant with waxy leaves and a large, delicate flower. It is grown from bulbs in gardens all over North America. Is famous for an interesting incident, the “tulip mania” of the seventeenth century. Needless to say, the speculative bubble burst and many were financially ruined. Today, we appreciate the tulip for its beauty, but now know that. Coins are a much better investment. Tulips have an unique connection to Canada. In 1945 Canadian soldiers played a principal role in liberating Holland. Since World War II. These two nations have enjoyed a special friendship. Earlier in the war, Queen Wilhelmina of the Netherlands sent her only child and heir, Princess Juliana, to Canada for safety, along with the current queen, Beatrix, then a young child. On January 19th, 1943, Princess Juliana gave birth to another daughter, Princess Margriet Francisca, resulting in the first royal baby ever born in North America! As a special gesture of gratitude after the war, the Dutch queen sent 100,000 tulip bulbs to Canada, and Princess Juliana sent another 20,000 as a personal gift, with more following every year. Today, over one million tulips bloom each May in Ottawa. Where the annual Tulip Festival is held. In this way these gifts of thanks became an annual bequest and transformed Ottawa into the floral showcase that is celebrated every year, a glorious tradition! The Royal Canadian Mint leads the world with its many proprietary technologies. Now it has added another high-tech process to its stable of legal tender enhancements – oxidized niobium metal combined with silver for a dramatic and colorful effect! Each design by Canadian artist Bert Liverance shows a single flower selectively coloreda tribute to the welcome sight that graces Canadian gardens from coast to coast each spring. The design is further enhanced by the coin? S oxidized niobium core to create a stunning, one-of-a-kind effect. A frosted cameo portrait of Her Majesty, Queen Elizabeth II. In profile facing right. This portrait, the fourth effigy of the queen to appear on Canadian coinage, was executed by the artist Susanna Blunt. The legend ELIZABETH II D. REGINA (“Elizabeth II, Queen by the Grace of God”) also appears, and the date is indicated. Each coin is encapsulated inside a burgundy leatherette, clamshell-style presentation case, lined with black velvet and protected by a black outer sleeve. An individually-numbered certificate of authenticity is included. 15 Dollars (3 x 5 Dollars). 27.00 g (3 x 9.00 g). 9999 Fine (Pure) Silver. The item “Canada 2014 Rose Tulip & Poinsettia Flower $5 Niobium Silver Bimetal 3 Coin Set” is in sale since Sunday, October 30, 2016. This item is in the category “Coins & Paper Money\Coins\ Canada\Commemorative”. The seller is “talismancoins” and is located in Saint Louis, Missouri. This item can be shipped worldwide.