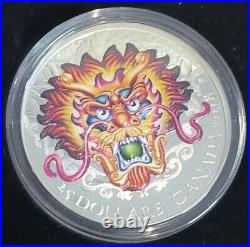 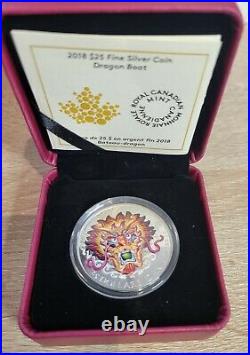 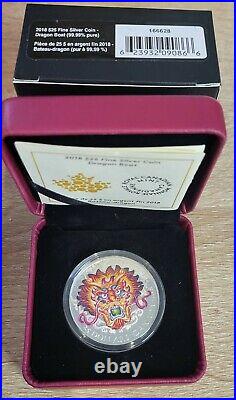 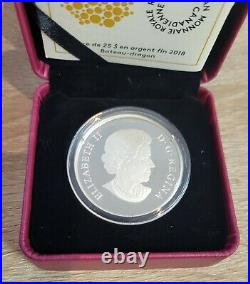 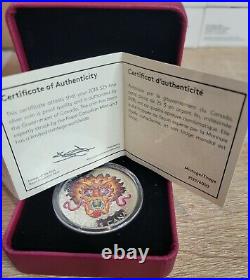 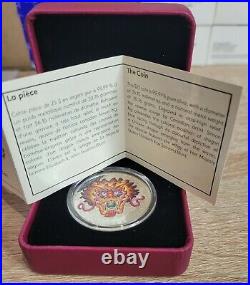 An extraordinary mix of stylized elements, traditional symbolism and modern minting techniques, your colourful showstopper coin celebrates the cultural tradition of dragon boat racing! Engraved in ultra-high relief, the mythical ruler of water and rain rises up from your coin’s flat surface to represent the spirit of the competitors, who paddle to the sounds of the drum that is the boat’s beating heart! A perfect gift for someone who enjoys dragon boat racing! A MODERN SPORT WITH AN ANCIENT PAST! A dazzling showpiece that celebrates the cultural tradition of dragon boat racing, and the festivals held annually in several Canadian cities. LIKE A DRAGON EMERGING FROM THE ENGRAVED WAVES! Your coin was struck several times to ensure crisp lines and maximum depth, the dragon’s carefully sculpted head rises up from the coin’s flat surface, like a dragon emerging from the engraved waves! CAPTURES THE COLOURFUL PAGEANTRY! Highlighted by the application of colour over the engraving, the dragon’s head on your coin is every bit as a colourful as the elaborately painted dragon boats. In addition to its colour-over-engraved features, the traditional depiction of a Chinese dragon is rich in symbolism and includes a few modern design elements, such as the stylized background that adds an outstanding amount of etched details. INCLUDES SERIALIZED CERTIFICATE: The Royal Canadian Mint certifies all of its collector coins. Most of these are serialized certifications, meaning that each certificate is given a unique number, starting at 1. Limited to 6,000 coins worldwide. 99.99% PURE SILVER! Your coin has no GST/HST. Designed by Simon Ng, your coin is a colourful, dynamic fusion of traditional symbolism and contemporary minting techniques. An auspicious pattern of stylized, foam-tipped waves fills much of the field, where the engraved lines convey movement in the water. Engraved in ultra-high relief, a Chinese dragon rises up from the flat surface of the coin, where the serpentine neck alludes to the typical shape of a boat. An application of colour adds dazzling reds, oranges and blues to this revered figure of Chinese mythology, who holds a green pearl of wisdom that symbolizes the active yang aspect of qi, the life force that surrounds us. The reverse includes the engraved year “2018”, the word “CANADA” and the face value “25 DOLLARS”. The obverse features the effigy of Her Majesty Queen Elizabeth II by Susanna Blunt. A classic Chinese dragon is typically depicted with a snake’s scaly body, a horse’s mane, a deer’s antlers and the head of an ox. Canada’s first dragon boat race took place in Vancouver, B. In China, the Dragon Boat Festival is known as Duanwu or Tuen Ng Festival, a multi-day celebration that takes place around the fifth day of the fifth month of the Chinese lunar calendar. According to popular legend, the festival commemorates the sacrifice of poet Qu Yuan, who drowned himself in the Miluo River after his homeland capitulated; the holiday is also associated with other legends, including those of Wu Zixu and Cao E. Whether competing at an international level or in a friendly competition at a festival, dragon boat racing draws spectators who marvel at the sight of the brightly decorated boats, which typically have a carved dragon at the fore and a tail-shaped stern. While the drummer keeps time, the sweep at the rear controls the boat’s direction and generally coaches the paddlers. Your coin is encapsulated and presented in a Royal Canadian Mint-branded maroon clamshell with a black beauty box. Composition 99.99% pure silver. Weight (g) 30.76. Diameter (mm) 36.15. Face value 25 dollars. Artist Simon Ng (reverse), Susanna Blunt (obverse). This item is in the category “Coins & Paper Money\Coins: Canada\Commemorative”. The seller is “funcanadiancoincc” and is located in this country: CA. This item can be shipped to Canada, United States.