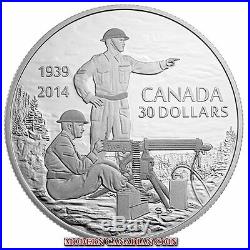 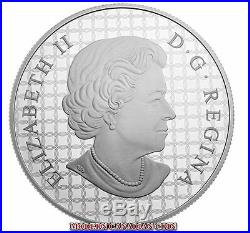 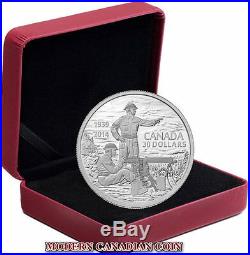 99.99% pure silver. Silvia Pecota (reverse), Susanna Blunt (obverse). The economic hardships of the Great Depression had left Canada’s military undermanned and unprepared for the onset of war, and its equipment was at risk of being outdated. Thanks to a national recruitment drive, over 58,000 men and women enlisted by the month’s end. Coastal defences were reinforced, militia regiments were mobilized and the British Commonwealth Air Training Plan (BCATP)which would eventually train nearly half of the Commonwealth’s air crews on Canadian soilwas implemented. In December, units of the 1st Canadian Infantry Division set sail from Halifax to Britainthe first wave of Canadians who would serve overseas until the war’s end in 1945. Meanwhile, Canada’s economy adapted quickly to the war effort and transformed the country into an economic power. New industries were created while existing factories converted to the production of wartime materials. Thousands of airplanes, ships, vehicles, guns and ammunition would be produced by factories in Canada, which became the fourth largest supplier among the Allied countries. A striking addition to any military or history-themed collection! Only the second time the Royal Canadian Mint has issued a full 2-ounce 99.99% pure silver coin at a sizable 54 mm diameter. This beautifully detailed 30-dollar coin commemorates the 75th anniversary of the Second World Wara conflict that had an immediate and long-lasting impact on Canada and the world. The coin’s depiction of a gunner in training pays tribute to those who served in the Canadian Army during the Second World War. An eye-catching coin rendered with the Royal Canadian Mint’s world-class artistry and the skilful melding of design and engraving. This coin is 99.99% pure silver. Limited mintage worldwide of only 5,000. Your coin presents a side-profile of a Canadian machine gun regiment during training. At left, a private is seated as he steadies a tripod-mounted Vickers machine gun, while a sergeant stands above him and directs the private’s attention to a target in the distance. The obverse features the effigy of. Her Majesty Queen Elizabeth II by Susanna Blunt. Your coin is encapsulated and presented in a Royal Canadian Mint-branded maroon clamshell with a black beauty box. The item “CANADA $30 FINE SILVER COIN- DECLARATION OF THE SECOND WORLD WAR- 75th ANN. 2014″ is in sale since Sunday, March 26, 2017. This item is in the category “Coins & Paper Money\Coins\ Canada\Commemorative”. The seller is “optoscval” and is located in Brossard. This item can be shipped worldwide.